Which scan tool is best: OBDLink® MX+ or BlueDriver®? To answer this question, we will compare the Bluetooth OBD adapters across the following categories:

The usefulness of a scan tool is determined to a large extent by the amount of enhanced data that it can display. “Enhanced OEM diagnostics” refers to manufacturer-specific information that is not available over generic OBD-II. It can be roughly broken down into two categories:

Both OBD adapters support generic OBD-II, but that is where the similarities end.

While BlueDriver® can read some OEM diagnostic trouble codes (DTCs) it cannot read any OEM live parameters. If you want to monitor transmission temperature, tire pressure or any of the thousands of OEM parameters, you’re out of luck with BlueDriver®. 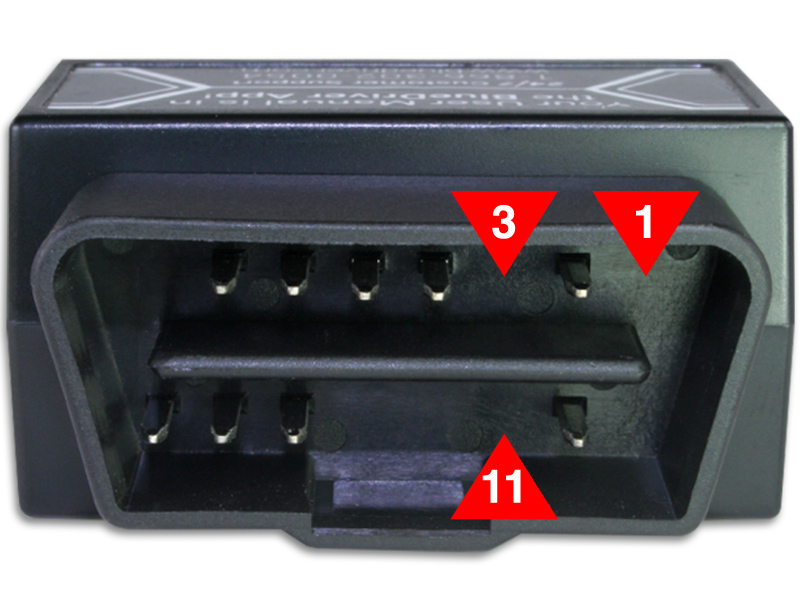 Another major disadvantage of BlueDriver® is its inability to access GM and Ford manufacturer-specific networks, because it lacks the necessary hardware (pins 1, 3, and 11). MX+® can communicate on both networks, providing access to thousands of DTCs and parameters that are off-limits to BlueDriver.

The network diagram for the 2015 Ford Expedition (below) helps illustrate the point:

ECUs (electronic control modules) are essentially small computers that control various vehicle functions. In this example (2015 Ford Expedition) the ECUs reside on one of two vehicle networks: HS-CAN and MS-CAN. OBDLink MX+® can access modules on either network, but BlueDriver® is limited to HS-CAN, and cannot access anything on MS-CAN.

Both OBDLink MX+® and Bluedriver® ship with apps compatible with Android and iOS devices. OBDLink MX+® also includes a license for OBDwiz, a Windows-based diagnostic program.

BlueDriver’s® closed architecture means users only get one choice — the app that it ships with.

The sampling rate is an important OBD device characteristic that measures the number of samples (data points) captured per second. A high sampling rate is necessary to accurately capture fast-changing signals and monitor multiple parameters and is a must for smooth graphs and digital dashboards. 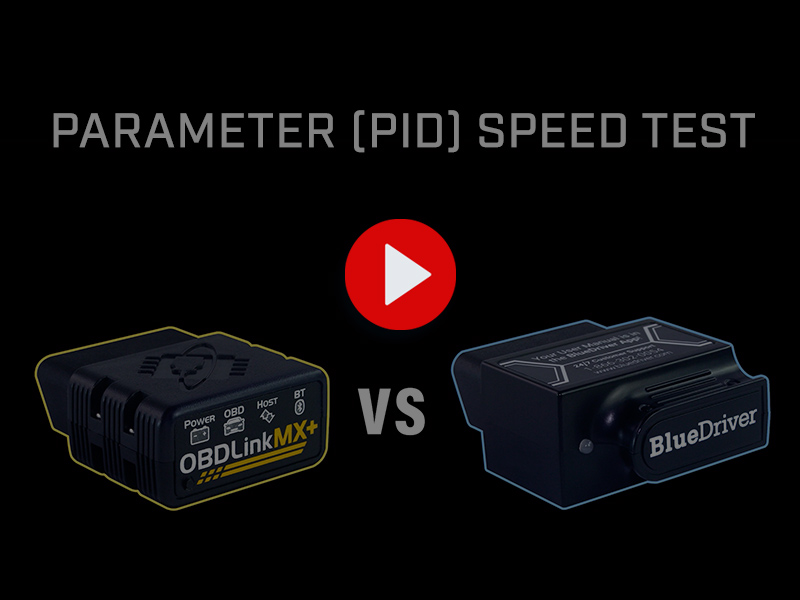 In head-to-head benchmark testing, BlueDriver’s sampling rate varied between 5 and 10 samples per second. Under the same conditions, OBDLink MX+ was up to ten times faster.

Low-power “sleep” mode is an essential feature for any OBD device advertised as “safe to leave plugged in”. When the engine is turned off, the alternator is no longer charging the battery and any significant load will eventually drain it. An intelligent scan tool should recognize this condition, quickly power down and consume the least possible amount of energy in sleep mode. 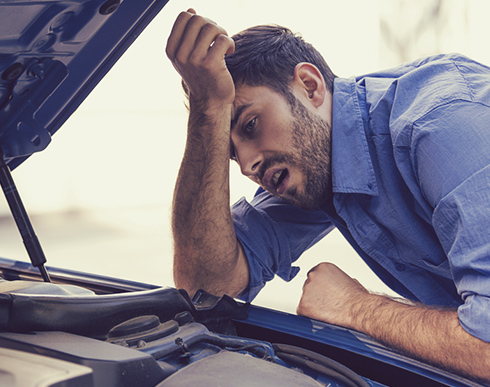 Tests revealed that BlueDriver® takes three times as long to enter lower power mode while consuming 7.5 times as much energy. Most concerning, BlueDriver® consumes 19.3 milliamperes in sleep, which is up to twice as much as the vehicle’s own parasitic current draw and ten times as much as OBDLink MX+.

BlueDriver’s® excessive current draw is enough to cause serious problems, as evidenced by numerous customer testimonies:

Devices powered from the OBD port must be designed to withstand the harsh environment of the vehicle electrical system. One of the most dangerous conditions is known as a “load dump” pulse (formally referred to as “Pulse 5a”). In automotive electronics, “load dump” refers to the high-energy voltage spike which occurs when the vehicle battery is abruptly disconnected from the alternator while it is being charged. This can happen, for example, if the battery terminals become oxidized (a surprisingly common problem).

We put the BlueDriver® and OBDLink MX+® through a series of tests designed to validate the overvoltage protection circuitry. Both units were first powered from the nominal 12 volts to establish proper operation. Then, a 400-millisecond 90-volt pulse was introduced to simulate a load dump condition. MX+® survived the test, but it rendered BlueDriver® unit inoperable: the blue status LED turned off and the unit was no longer discoverable via Bluetooth.

To better understand the failure conditions and its mechanism, we replaced the BlueDriver® unit, opened it up and started to slowly ramp up the voltage. At 19 volts, the BlueDriver® started smoking and caught fire shortly after. OBDLink’s protection circuit kicked in at 18 volts and it remained fully operational when the 12-volt power was restored.

In the third and final test, OBDLink MX+® received 90 volts continuously and was able to survive it indefinitely without any ill effects. The same test caused BlueDriver’s® capacitor to explode, the circuit smoked and was no longer operational.

OBDLink MX+® comes with triple the warranty coverage of BlueDriver®. Warranty information accurate as of September 1, 2019

OBDLink® is a registered trademark of OBD Solutions.